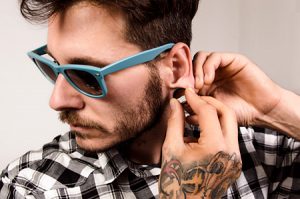 People have been modifying their ears for millennia. Tribes in nations across America, Africa, Eurasia, and beyond have engaged in ritual ear stretching for any number of religious, cultural and traditional purposes. But the practice has never been limited to tribesmen. Over the centuries, everyone from King Tut to the world’s oldest mummy — Ötzi the Iceman — has done it, to say nothing of American Idol alum Adam Lambert.

In ancient times, everything from stone, horns and bone to teeth, claws and shells were used to stretch the ears. More recently, methods such as tapering, “dead stretching,” Teflon tape stretching and even weights have been used to enlarge piercings.

And while gauged ears may be the most common of modern extreme modifications, many other such practices have caught on. These include lip gauges, dermal implants, tattoos, extreme breast and buttocks implants, as well as extreme lip injections.

Has the trend gotten out of hand? Many people think so, and we’re not just talking about disapproving moms or the U.S. Army (which considers ear gauging to be a form of bodily mutilation). Earlobe repair and other extreme body modification reversal procedures are growing increasingly popular among former body-mod enthusiasts.

Why People Decide to Remedy Their Stretched Ears

To understand why people ultimately decide to have earlobe gauges removed, it’s important to understand the practice itself. Earlobe stretching works by inserting a plug, or “gauge”, into the earlobe. Over time, bigger gauges are inserted one at a time to continue stretching the earlobe.

People with gauges who choose to undergo earlobe repair surgery are looking to reverse course and restore their ears to their original shape. However, as a result of having stretched their earlobes so dramatically, the skin cannot retract to its former shape without help from a plastic surgeon. Otherwise, upon removing the gauge, the skin immediately hangs. This is because it has been stretched to such an extent that it’s lost its former elasticity.

It goes without saying that this is an unwelcome turn of events for anyone who has decided they want to cease wearing gauges. As a result, many people are now turning to plastic surgeons to address the problem, because in order to repair the ear, surgery is needed to close the opening and excise any extra tissue around the lobe. 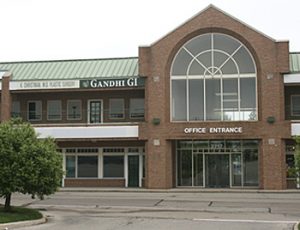 Surgeons may use slightly different techniques to repair the earlobe but, generally speaking, the procedure is considered to be relatively straightforward and safe.

Dr. Kenneth Christman, of the Christman Plastic Surgery Center in Dayton,  performs the procedure in his office with local anesthesia. First, the area of piercing or gauge is removed in a wedge fashion, the back skin is closed, the middle tissue is repositioned (to provide strength), the margin of the earlobe is lined up and the skin closed in a straight line. If the earlobe is stretched, as with patients that have used gauges, the excess thin skin and earlobe are removed and a new smaller earlobe is created with closure of an upper wedge or flaps.

As with any surgical procedure, there are some risks associated with earlobe repair, but most are minor. These include new scars, asymmetric earlobes and deformation of the tissue around the old piercing, as well as difficulty piercing the new area. There are risks of infection when closing some piercings if all of the skin within the pierced hole has not been removed. Recovery is short, with the stitches being left in place for five days, scar care commencing in three weeks and potential for a new ear piercing as early as three weeks postoperatively.

For those considering earlobe repair or any other body modification reversal procedure, it’s always best to try and find a doctor who has a vast amount of experience with these particular surgeries such as Dr. Christman, both to better avoid any potential complications and decrease the risk of having to undergo a revision procedure.